CE sensitivity curves and other commonly used plots are highlighted here below.

Amplitude spectrum of the detector noise as a function of frequency for Cosmic Explorer (CE), the current (O3) and upgraded (A+) sensitivities of Advanced LIGO, LIGO Voyager, NEMO, and the Einstein Telescope. The latest Cosmic Explorer noise curves are provided in the CE DCC document T2000017. 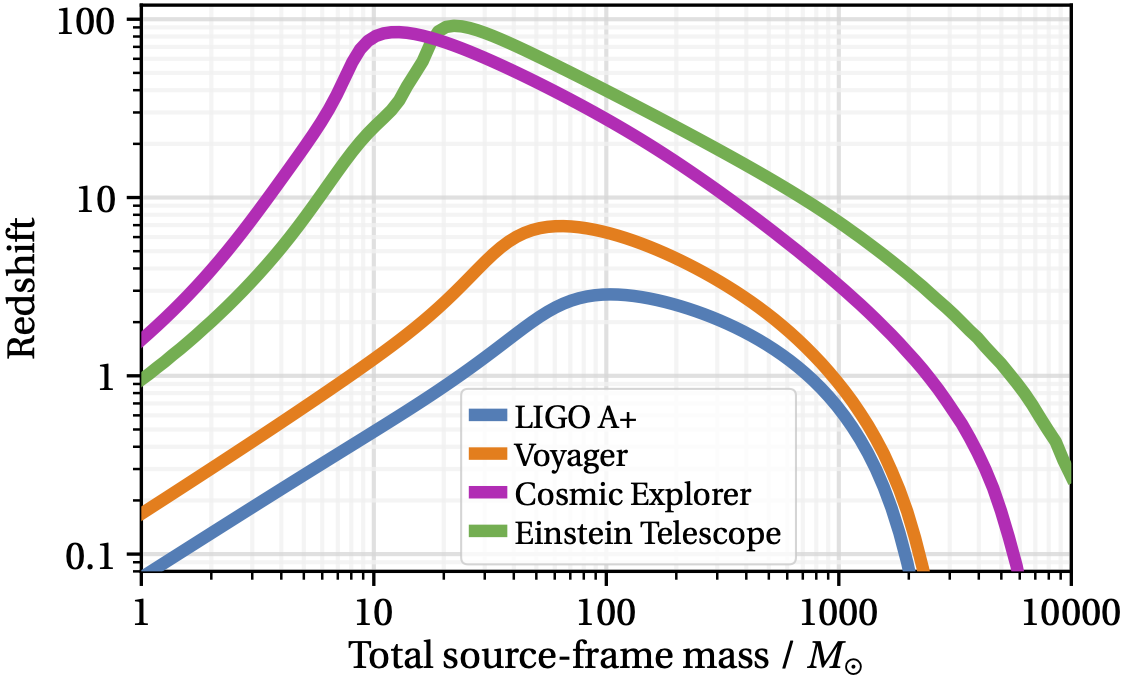 Maximum redshift (vertical axis) at which an equal-mass binary of given source-frame total mass (horizontal axis) can be observed with a signal-to-noise ratio of 8. Different curves represent different detectors. For binary neutron stars (total mass ~3 solar masses), CE will give access to redshifts larger than 1, where most of the mergers are expected to happen. For binary black holes, it will enable the exploration of redshifts of 10 and above, where mergers of black holes formed by either the first stellar population in the universe (Pop III stars) or by quantum fluctuations shortly after the Big Bang (primordial black holes) might be found. CE DCC document G2000035. 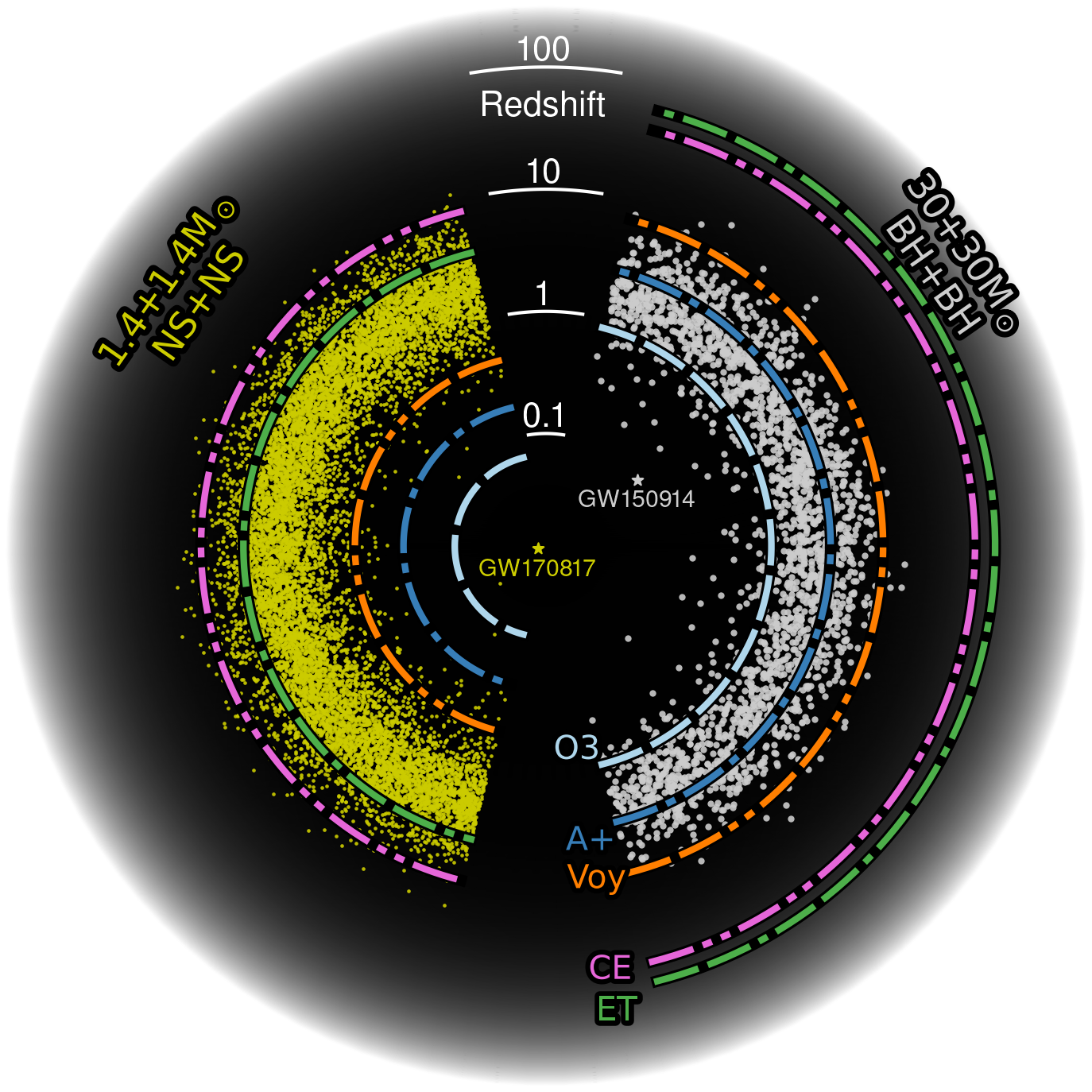